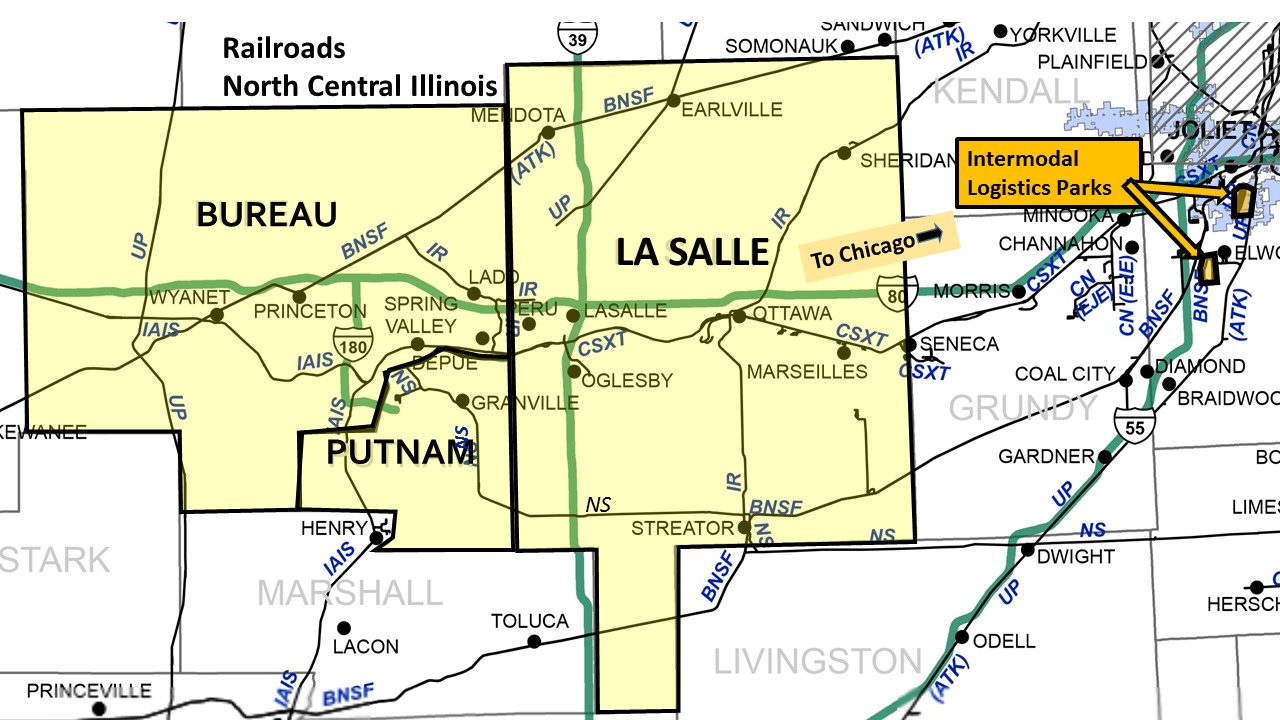 Rail Intermodal Information Intermodal connectors in Chicago are essential links in ensuring the efficient movement between intermodal terminals and between terminals and customer, suppliers and factories. These essential movements must take place in a highly developed and congested urban setting, where roadways are also used for local goods movement and passenger transportation. The eastern and western railroads meet in Chicago, making it the leading railroad transportation hub in the country:

Railroads and Intermodal
Back to top